This subject is an interesting opportunity for me to see how social evaluation has been changing in the society, or to unravel the hidden motives of certain behaviour.

My hero lived in times of the Soviet Union behind an iron curtain, which had strict control by the communist government. I believe that the hero of my story should be uncovered and recognised for what he has done forty years ago and how he changed the lives of others. The tragedy, which happened on the September 16th, 1976, has not been published and no one knew that Shavarsh Karapetyan was a man, who rescued twenty people. I was attracted by his extraordinary personality because on one hand, he was recognized as a Champion fin-swimmer, who had very successful career in a sport and on another hand, as a person who would risk his life and his future for others. I was also shocked by the fact that the official authorities did not want to highlight the genuine human reaction to help another human being.

At that time, newspapers were the only and official source of information. ‘Pravda’ which translates as ‘Truth’ has been published three times a week. I managed to get hold of a copy of the newspaper dated September 16th, 1976 to find out news that have been printed that day. Front page was dedicated to the achievements of the soviet army in space. The ‘published hero’ could only be a military man. I decided to work with the same format [broadsheet] that has been used forty years ago and to print a spread from that newspaper on one side and an unpublished story of my hero on another side. I did that to show the contrast between two ways of presenting the information [as in official and personal] and to attract the attention to the fact that the published information was selected and enforced. My goal was to invite the reader to participate in reconstruction of the history.

I took the classic typography and placed it in a more modern­ist context and structure. I aimed to build a concept around the ability to playfully invent alternatives and break rules. Play is an essential part of the graphic design. I used only black colour in my work that responds to the newspaper design in 1970s. 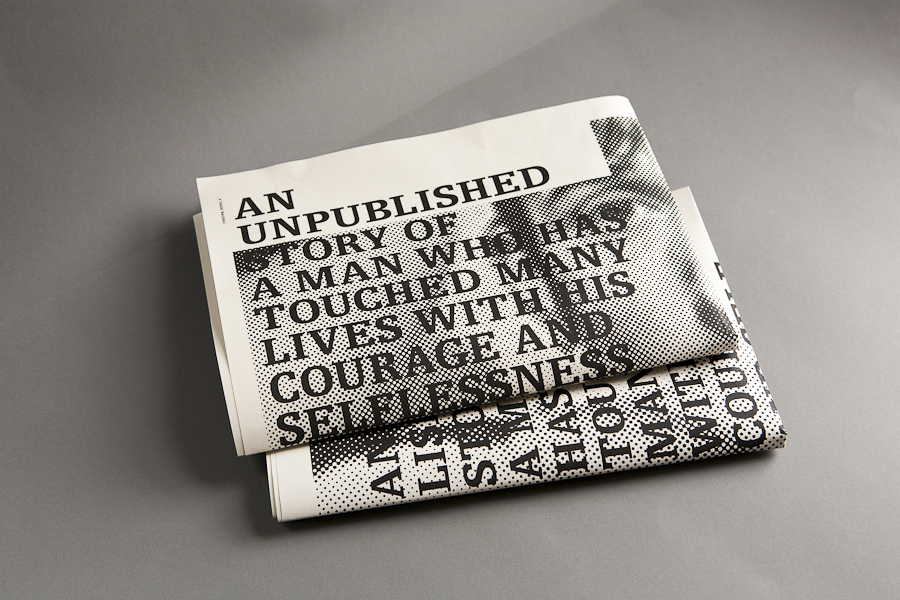 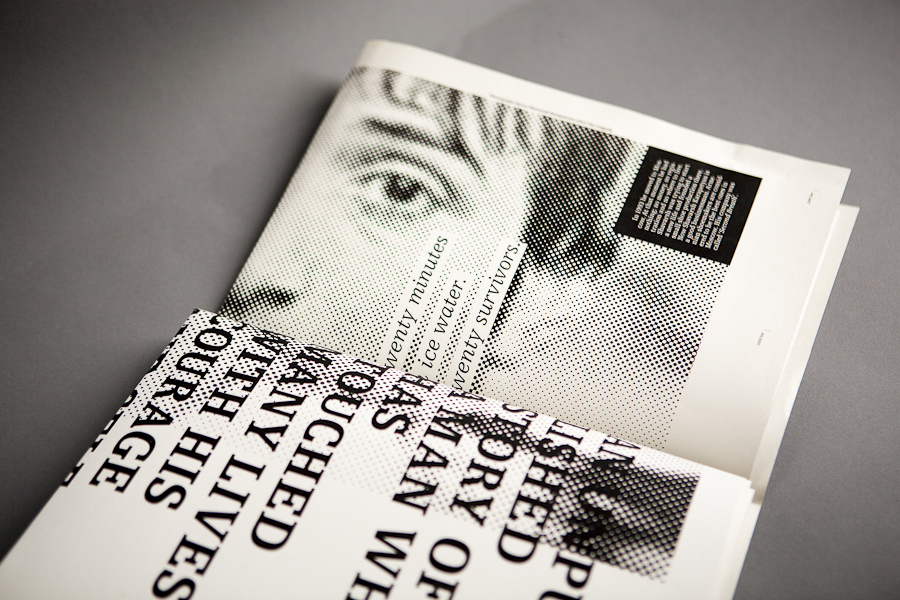 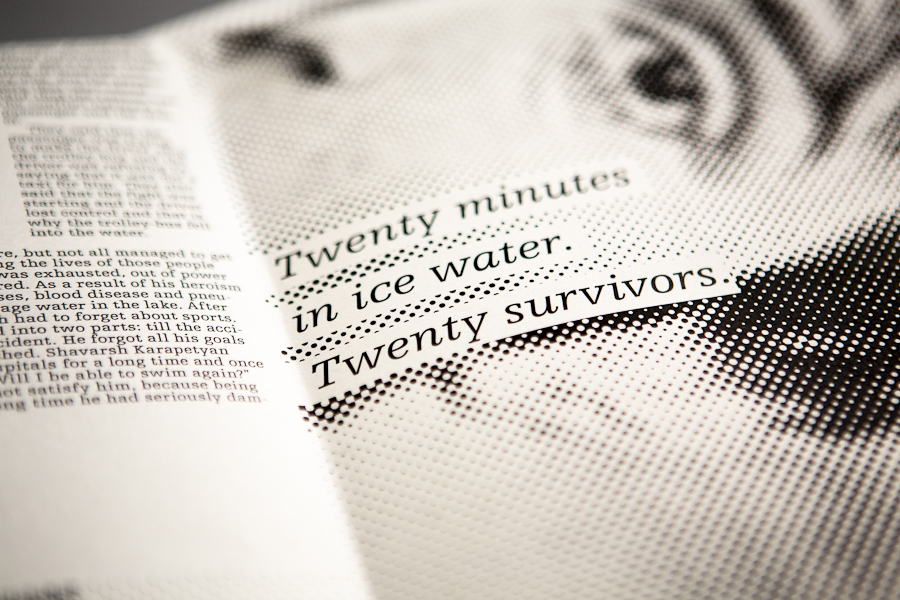 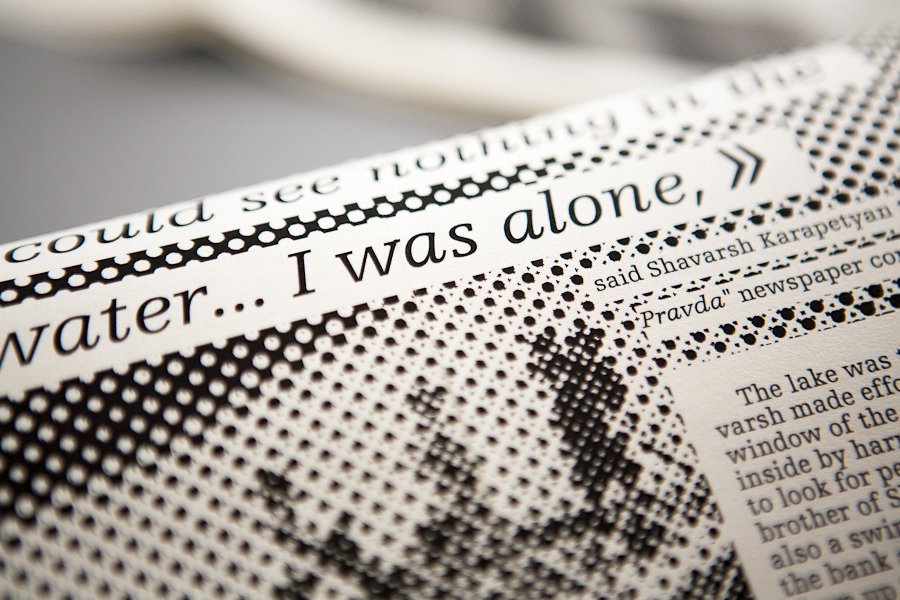 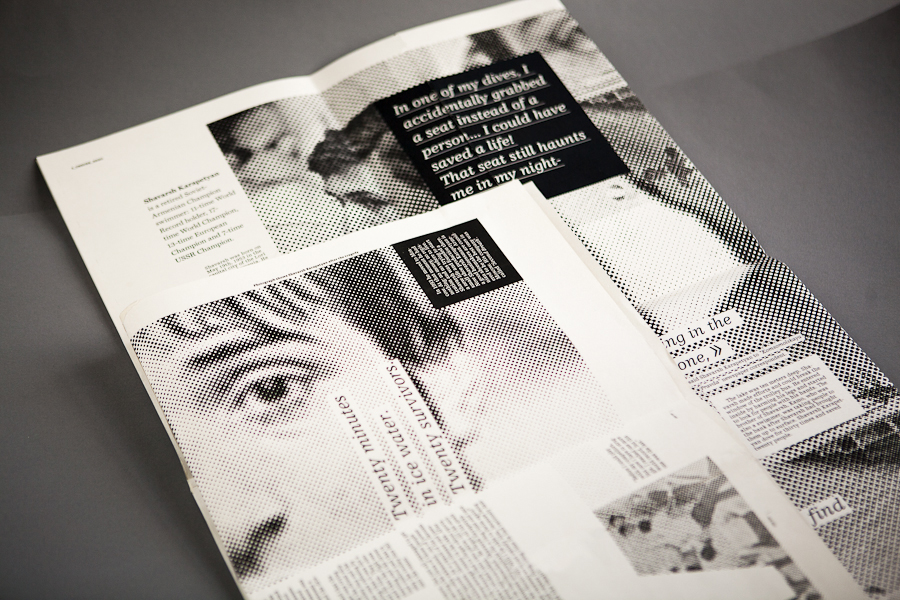 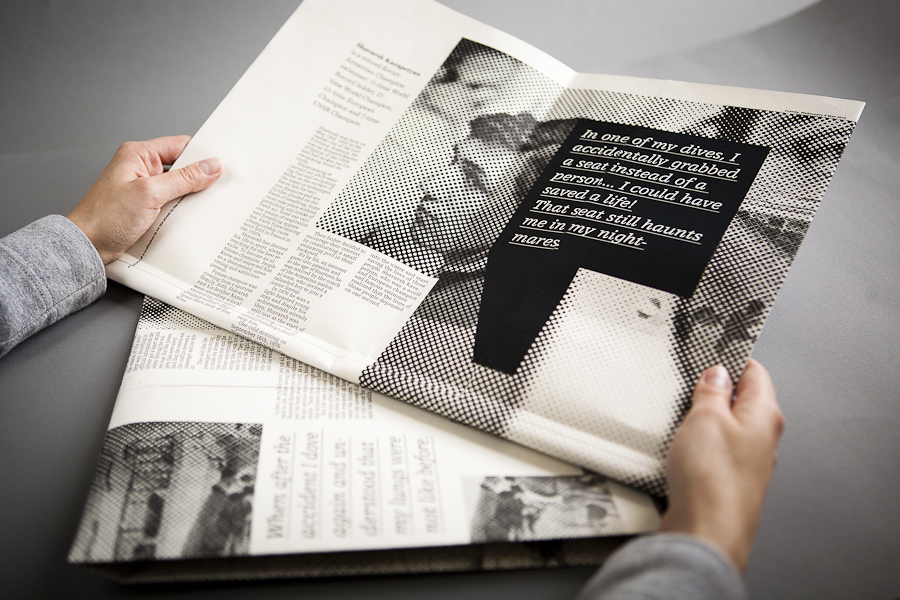 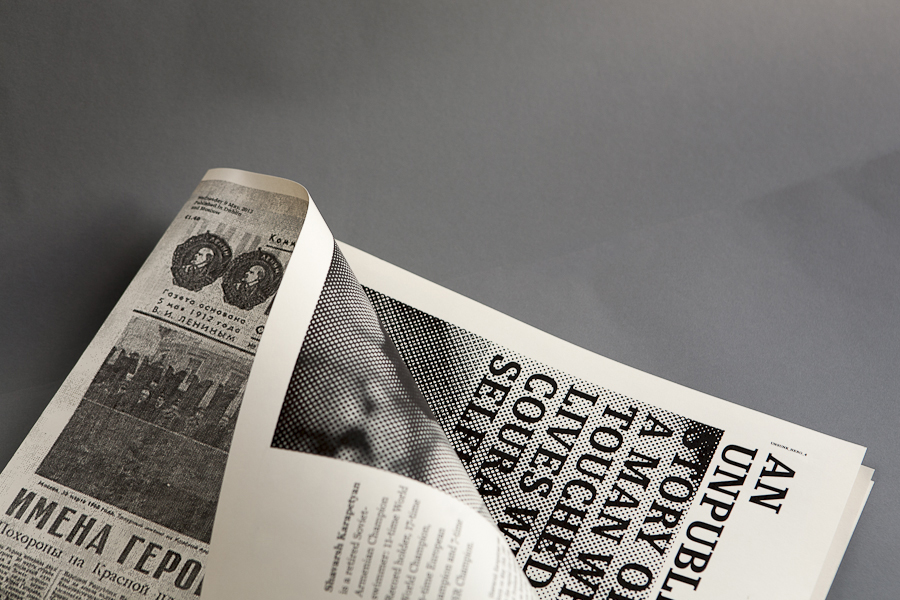 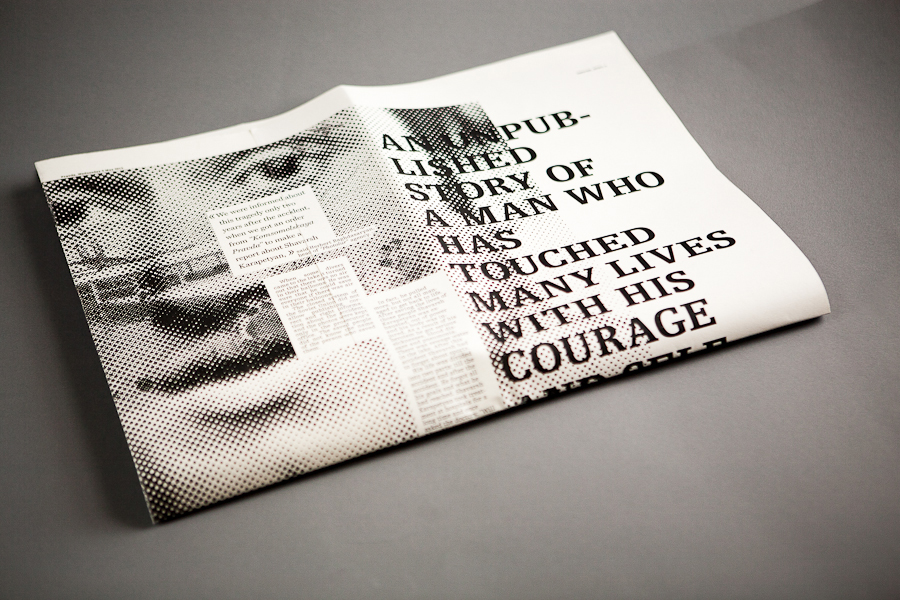