Beckett in the City: The Women speak

Company SJ chose for this project a site-specific pieces in Dublin to insert Beckett’s writing into the architectural and social spaces of the city. In order to communicate visually the cultural history of the chosen historical building and the binding of the Beckett’s writing with social space of the city, a two-toned colour palette and folded paper were used.

Orange colour was used due to its portrayal of Irish national identity and also for the reason of it being a dominant colour in the historical building Colaiste Mhuire and Halla Banba on Parnell Square. Unfolded A5 leaflet forms the exhibition poster. The layout aimed to pursue aesthetic as well as practical purposes. 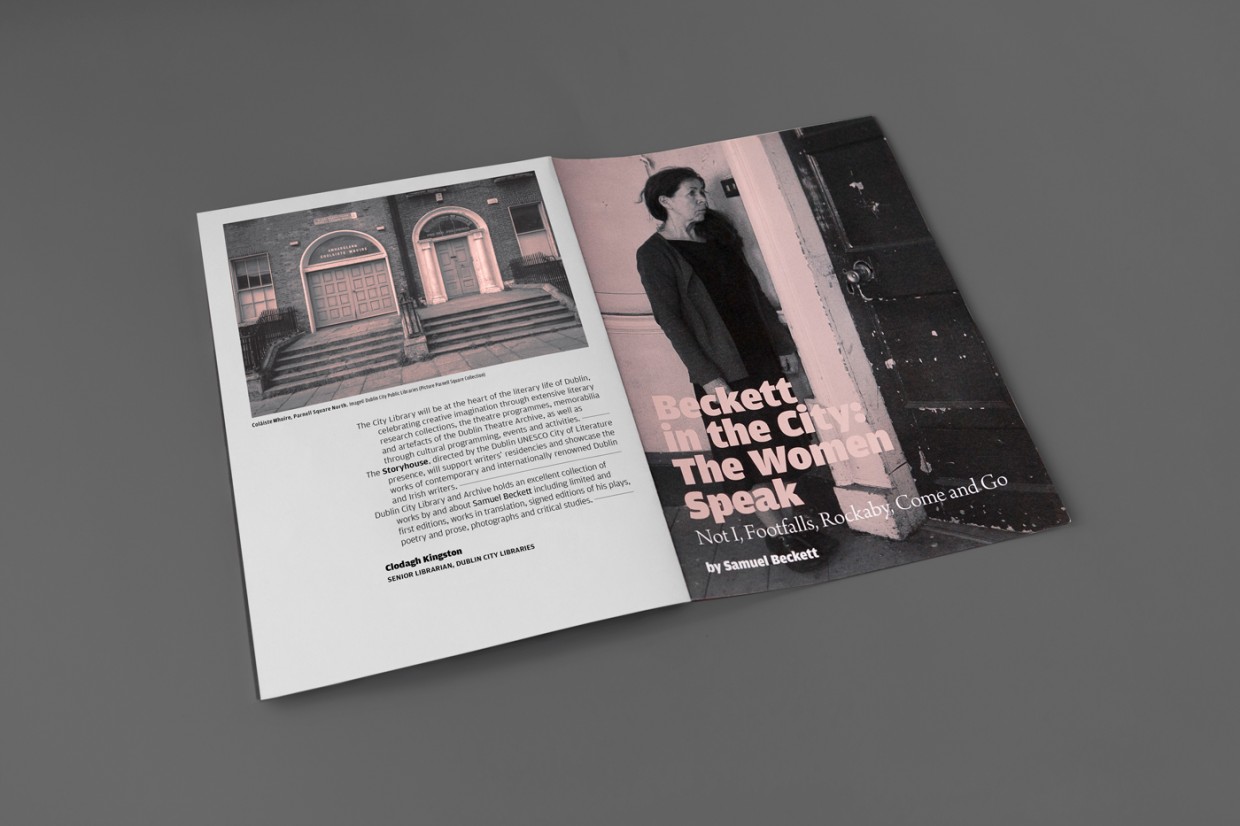 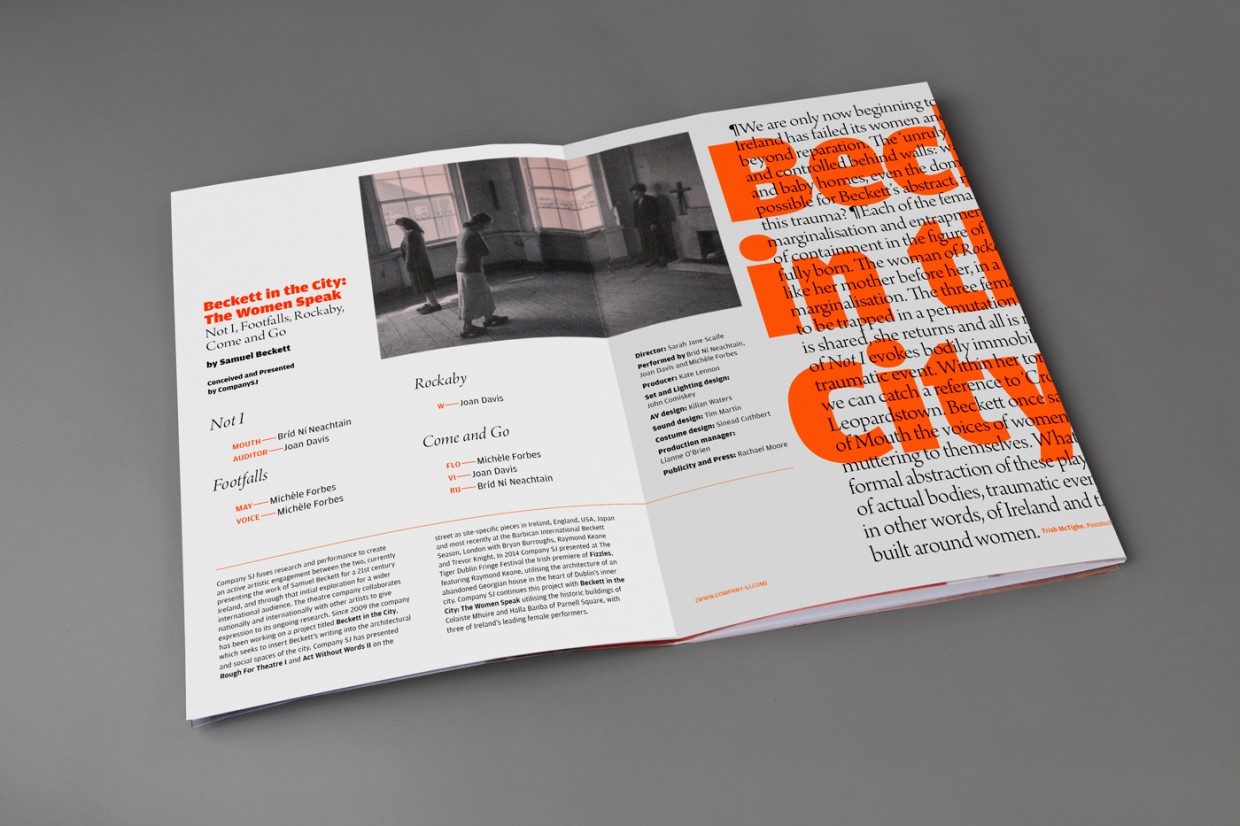 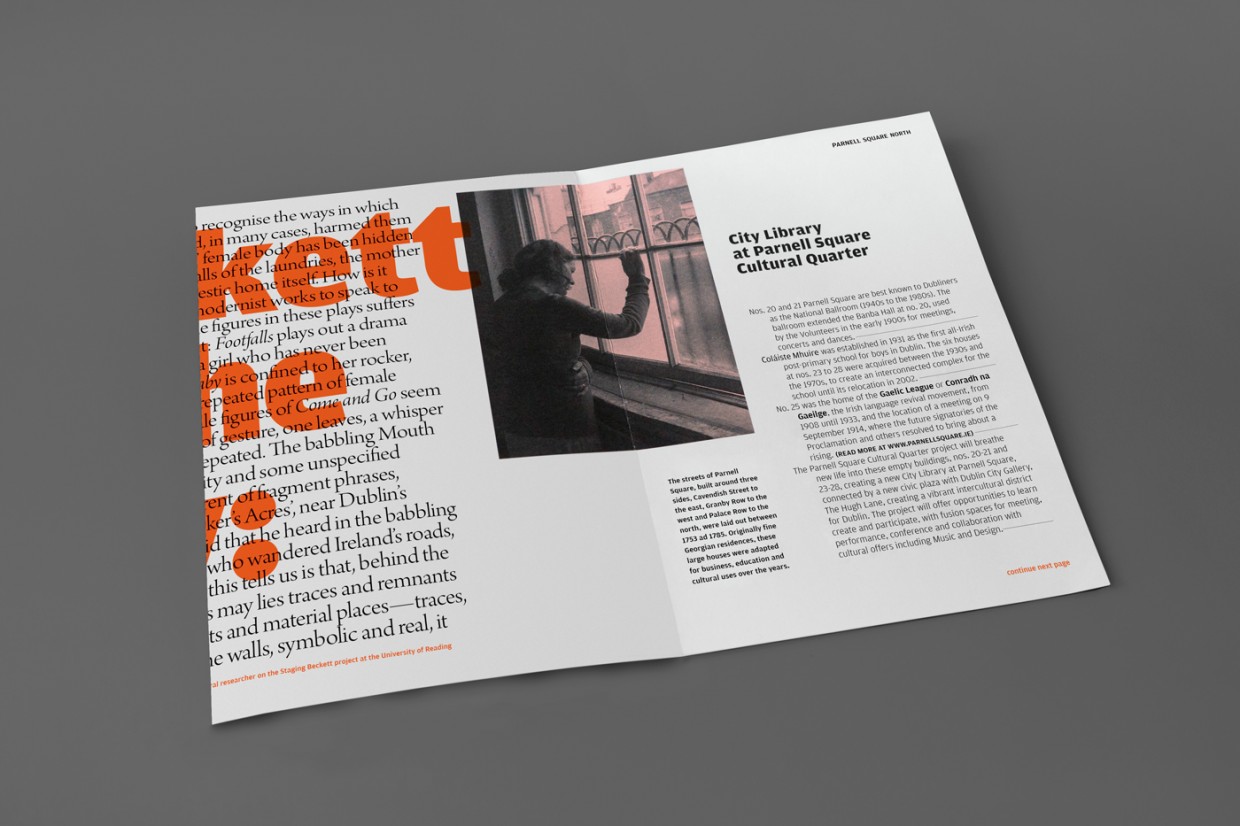 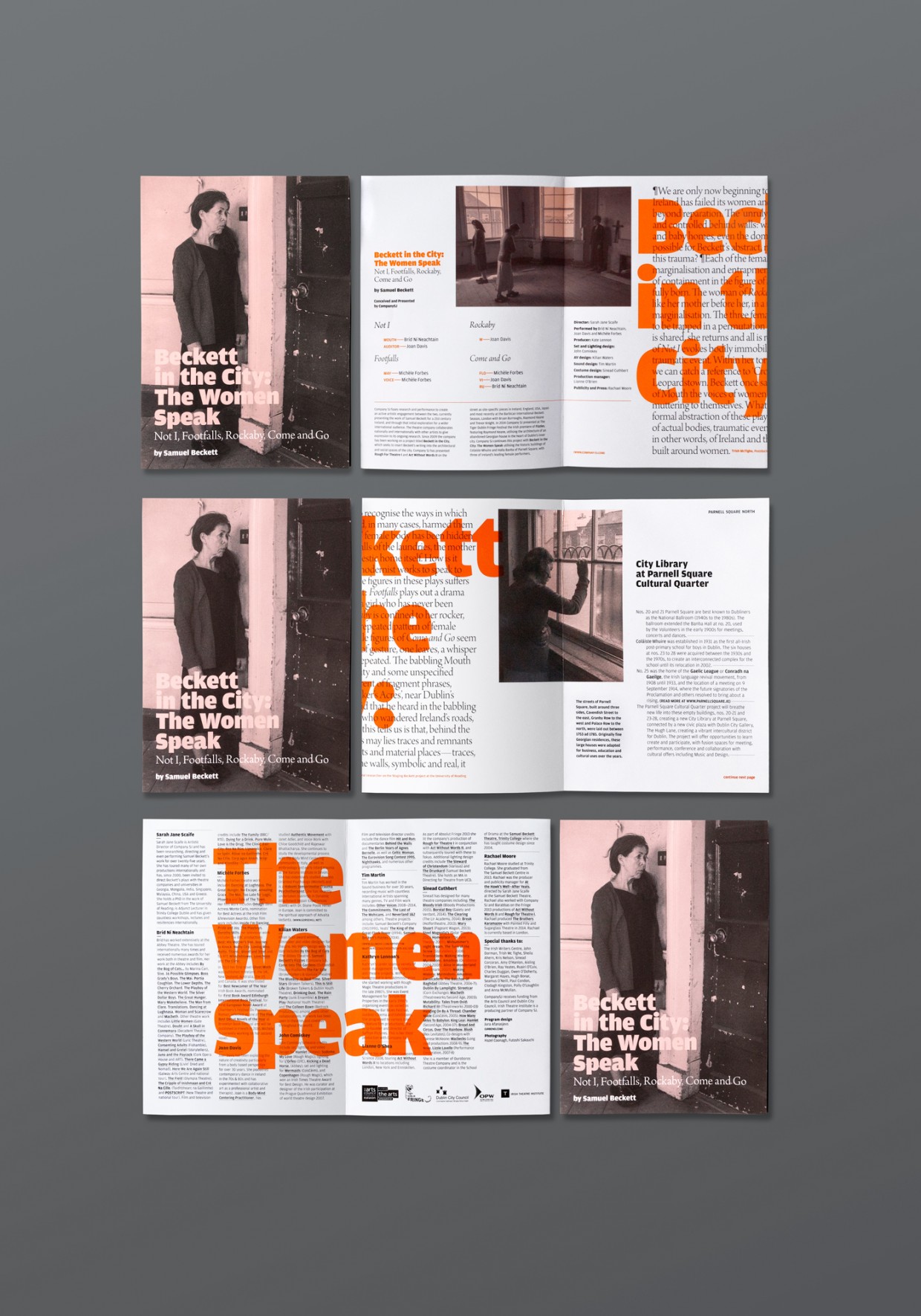 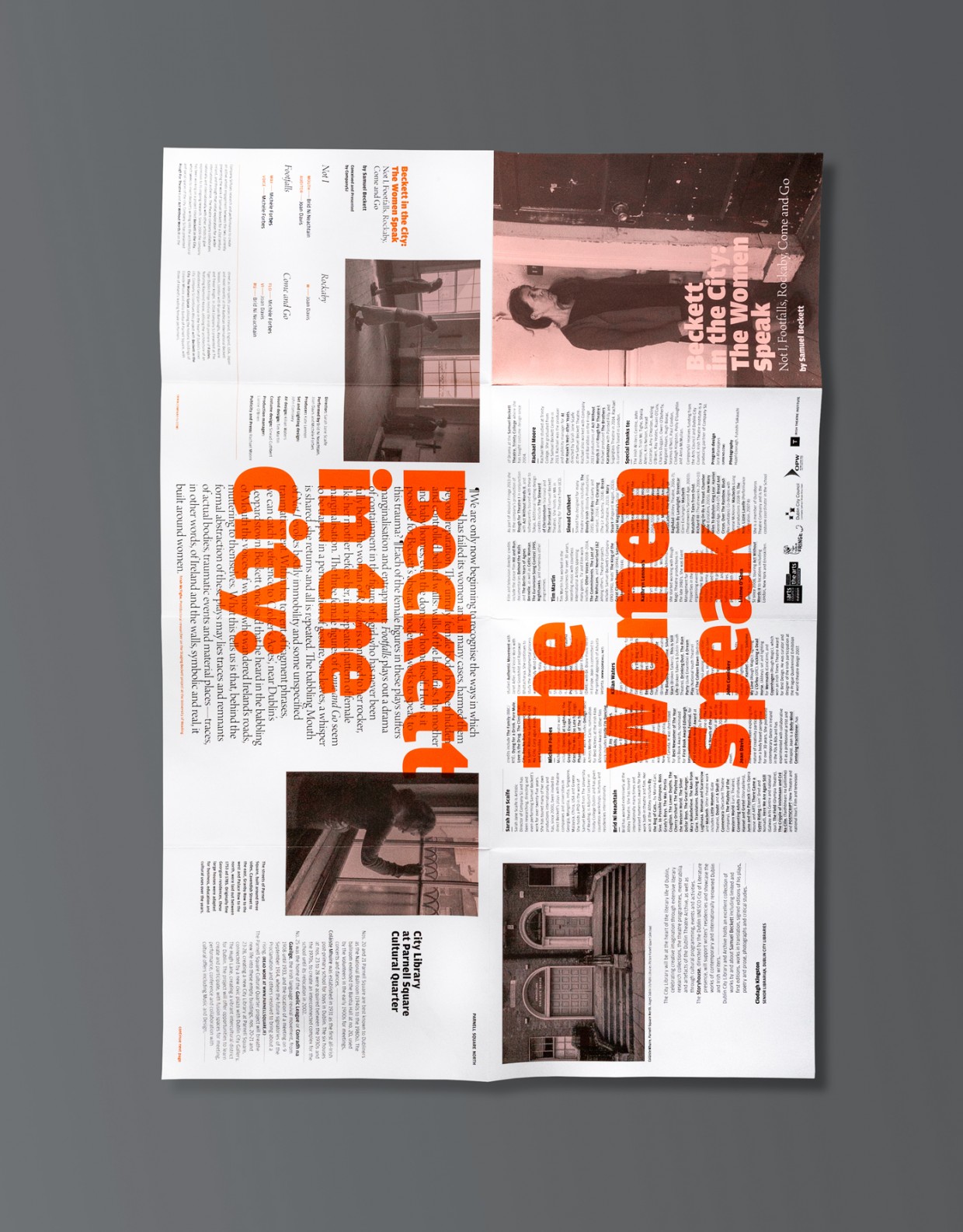 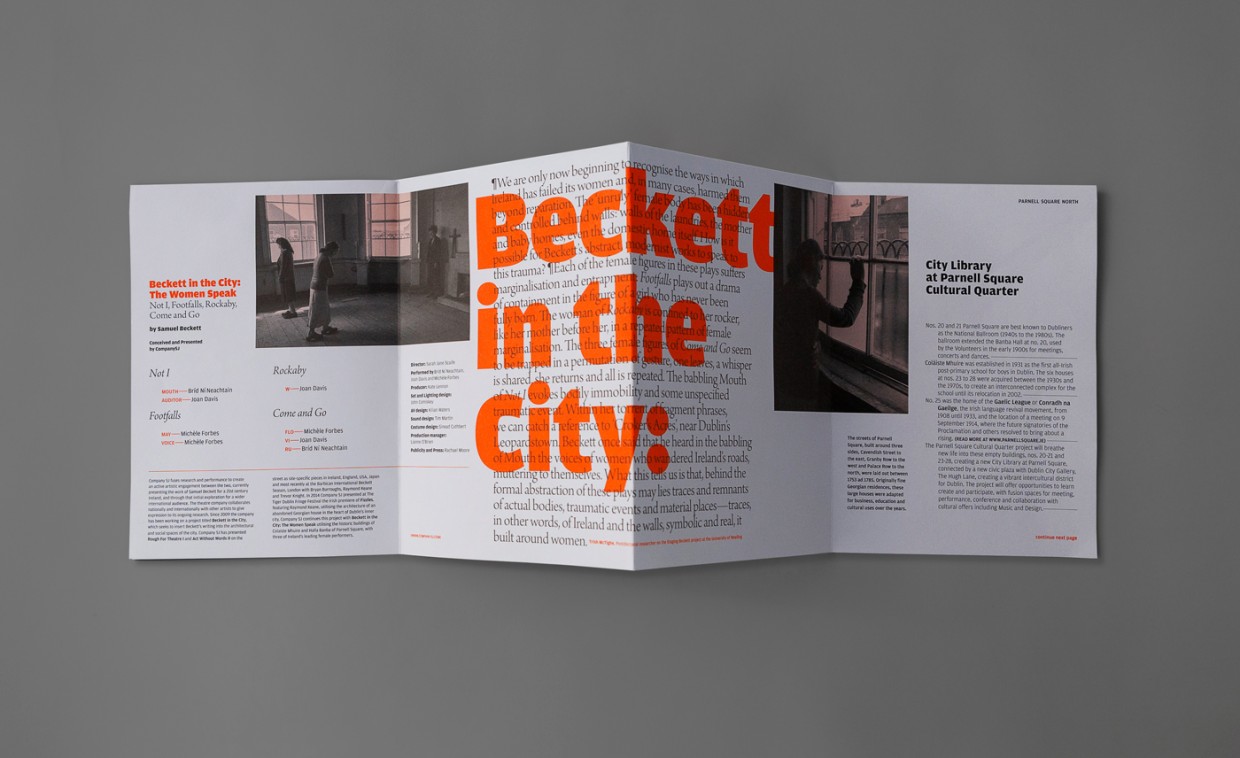 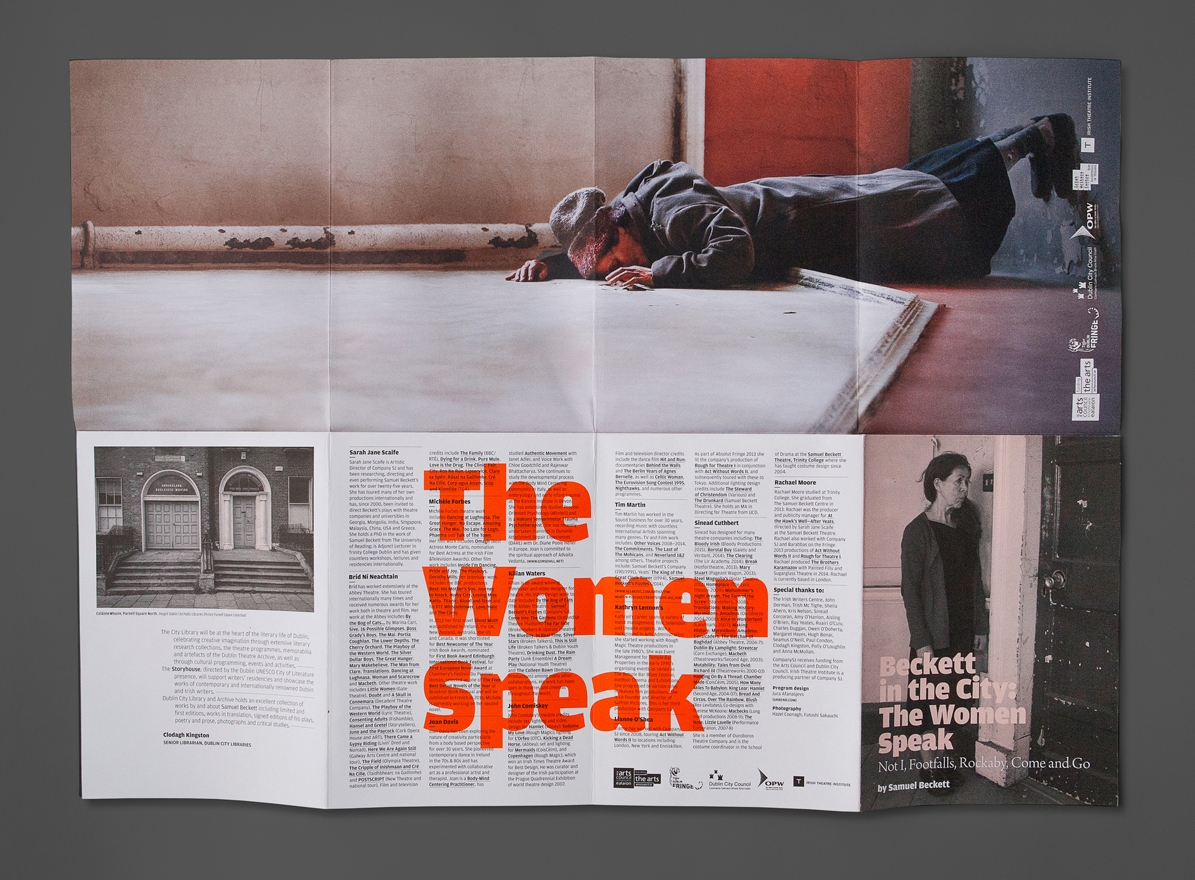